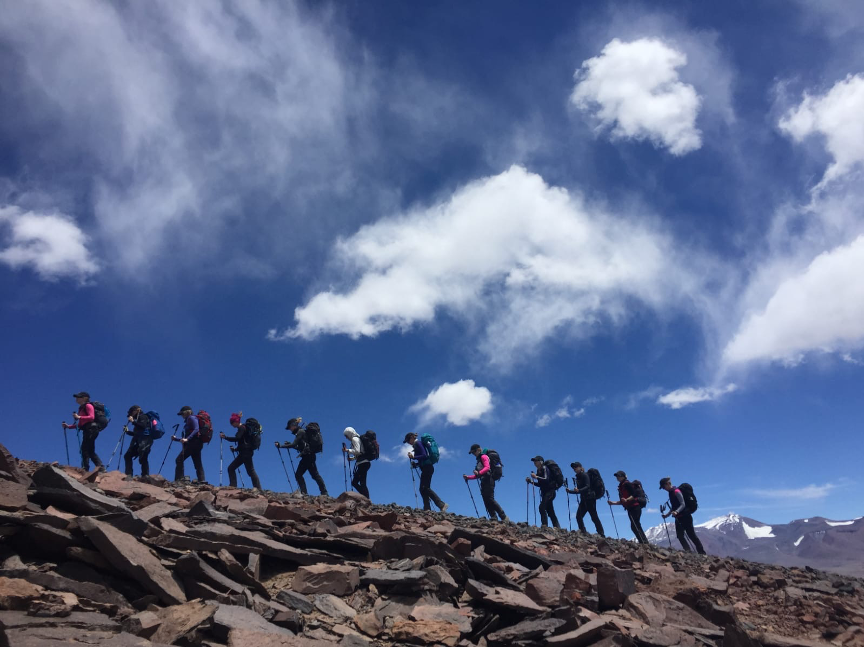 Purpose, belonging, teamwork, camaraderie – this is what the British Army gave me.  I spent over a decade of service as an officer in the Royal Engineers and was fortunate to deploy on operations to Afghanistan, as well as various adventurous training expeditions and exercises around the world. I was proud to be part of a widely revered organisation, rooted in clear moral values with a strong purpose. But then, I left.

In 2014, with two young kids and my husband also serving, I took the difficult decision to leave the Army – I was now a military spouse, a thought that filled me with dread. I’m ashamed to say that I had a stereotypical preconception of what my fellow military spouses would be like; I assumed I wouldn’t have anything in common and wouldn’t make any friends. However, on posting after posting I met incredible people who were all trying to forge a place for themselves. I now saw forces life on the other side of the fence and this side was much much tougher. Living with the constant uncertainty, worry and never-ending moves, we were all trying to maintain our own identity and sense of purpose. It was these fellow military spouses that would keep me sane and be there when the familiar emotion of loneliness would strike – they would become my new military family. 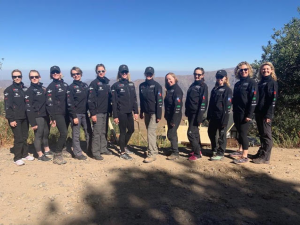 I became increasingly resentful at my husband’s continued exciting lifestyle and frustrated that more opportunities weren’t available for those that hold the fort at home. So I decided to take action and set my heart on finding an adventure of my own. It needed to be eye-catching enough to attract sponsors but achievable for a novice team. Then I found it – I was going to take a team of forces wives up the highest volcano in the world. At 6893m, Ojos del Salado is the second highest mountain in the southern hemisphere, a massive peak straddling the Chile/Argentina border in the remote Atacama Desert. This was to be the prefect challenge – ambitious but achievable. Goal set but where on earth did I start?

I began by asking people for help and got two very different responses. It was either, ‘You’re insane, it’s too difficult you should set your sights lower,’ or ‘AWESOME how can I help?’ I was humbled by the time and advice people gave me. I sat for hours with the esteemed polar explorer Lou Rudd (www.lourudd.com) as he guided me through the application and selection process he used for his SPEAR 17 expedition; Martin Hewitt shared with me the difficulties he found generating sponsorship for his expeditions to complete the Adaptive Grand Slam (www.adaptivegrandslam.com), Glyn Sheppard who had spent decades in the military leading and planning adventure training, advised me extensively on risk management, kit, training, the list goes on. All these and many more truly believed we could do it. Now to try and persuade some other intrepid ladies to join me!

At the beginning the majority of the ladies didn’t own a pair of walking boots and most definitely had never climbed a mountain, but 10 months later we were ready, fitness programmes complete, sponsorship secured, childcare sorted, bags packed.

The expedition involved a gruelling acclimatisation programme with 4000m, 5000m and 6000m peaks. We had attended numerous lectures on the effects of high altitude but nothing could prepare us for the reality of gut-wrenching sickness and blinding headaches – it literally felt like our brains were exploding out of our skulls! Our Bolivian guides from Chile Montana were noticeably surprised at how fit, well prepared and resolutely determined we were. Our months of training as a team, both mentally and physically, really did pay off. Then, on International Women’s Day 2019, we flew the Forces Wives Challenge (FWC) flag on top of the world’s highest volcano – possibly one of the proudest moments of my life. 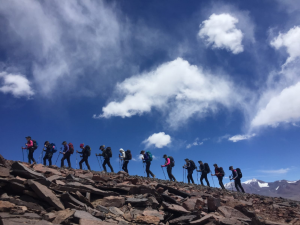 This was the expedition that launched the Forces Wives Challenge, a social enterprise that unites women with partners in the military through adventure and challenge. It gives those that hold the fort at home the opportunity to experience the same teamwork, adventure and sense of belonging enjoyed by their partners. FWC membership is now over 550 and represents a community of women who refuse to make excuses, actively seeking opportunities to push themselves, to overcome and to achieve; strong, resilient and united. The volcano was to be the start of many more exciting adventures. 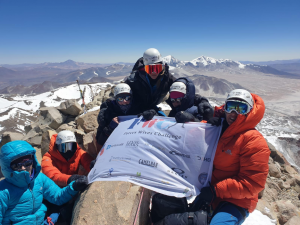 So what lessons have I taken forward?

For more information about the FWC then visit the website:

Since the volcano expedition, the focus has switched to many other adventurous challenges and FWC would like to offer our sincere thanks to Jon at e3coach for his unwavering support and advice. His professionalism and experience continues to be highly valued across our community.