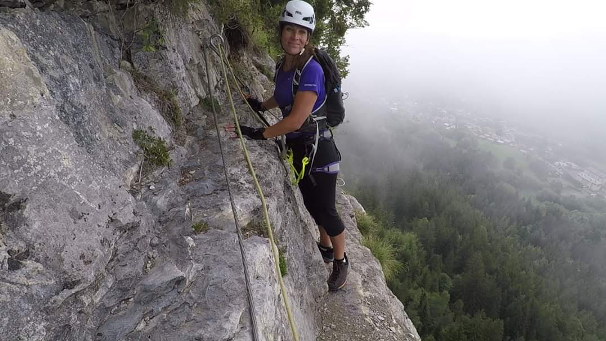 At 44 years old and 12 months out from a brain haemorrhage and subsequent surgery to remove a tumour, I thought I had my return to fitness all figured out. So, I decided to enter an ultra marathon and coach myself.

I’ll spare you the details but long story short, with half of my balance function, dizziness, nausea and neuro-fatigue, I was soon left frustrated, impatient and angry, as I became sucked into a vicious boom then bust cycle.

On good days, I would head out of the door trying to rack up the mileage (because that’s what you do when you train for a 100k, right?) paying for it over the following days when I would find myself bedridden, too tired to complete even the simplest of tasks. 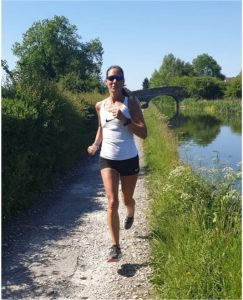 With the ultra marathon planned for June 2020, entering the new year I was full of self-doubt and not in the best of places. Physically, I was piling on the pounds (and could no longer blame steroids) and mentally, well let’s just say that things felt somewhat bleak.

All that began to change after a chance conversation with a good mate from high school, who said he knew someone who might be able to help. I was sceptical to say the least! Jon contacted me that afternoon and it didn’t take long for me to realise that this guy knew what he was doing – or did he? I mean, looking at the many elite athletes he worked with, why on earth would he want to work with wobbly, tired, nauseated me?

But work with me he did. Having a coach has meant that I no longer have to stress about how I train. The sessions Jon puts in place cover all aspects of fitness; as well as building endurance, strength and conditioning work means that I can now train longer and harder than ever without the niggles and risks of injury. Yoga sessions also compliment my ongoing vestibular rehab exercises. He takes into account my ongoing fatigue issues, adjusting plans where necessary and this takes away huge amounts of upset and frustration. I think the best bit is, I don’t have to worry about the numbers! With all training sessions uploaded and feedback left, it is Jon who gets to do the science bit so I can just go out and enjoy the run!

I think it was around the end of April 2020 when the ultra was postponed due to you know what. Knowing that other athletes were in a similar situation brought some comfort and lessened the frustration a little.

However, having trained so hard and having raised so much more than I thought I would for charity, I really wanted to do some kind of event. When I came up with the idea of a solo 55k trail run, Jon helped me work towards this goal, giving valuable advice about planning my own event and things I would need to consider.

Having a coach has helped me train smarter. I have much more insight into what training is trying to achieve and we’ve been able to adjust it to suit my own particular circumstances. I am now confidently looking forward to running the deferred 100k ultra in a few months’ time, knowing that I have trained to be the best I can possibly be on the day.

Whether you’re looking to compete in your first 5k, or running a multiday event, having a knowledgeable coach really is a game changer, and you don’t have to be an elite athlete! Working with Jon has not only had a positive impact on my fitness, but I can apply what I learn through my training to all aspects of everyday life.