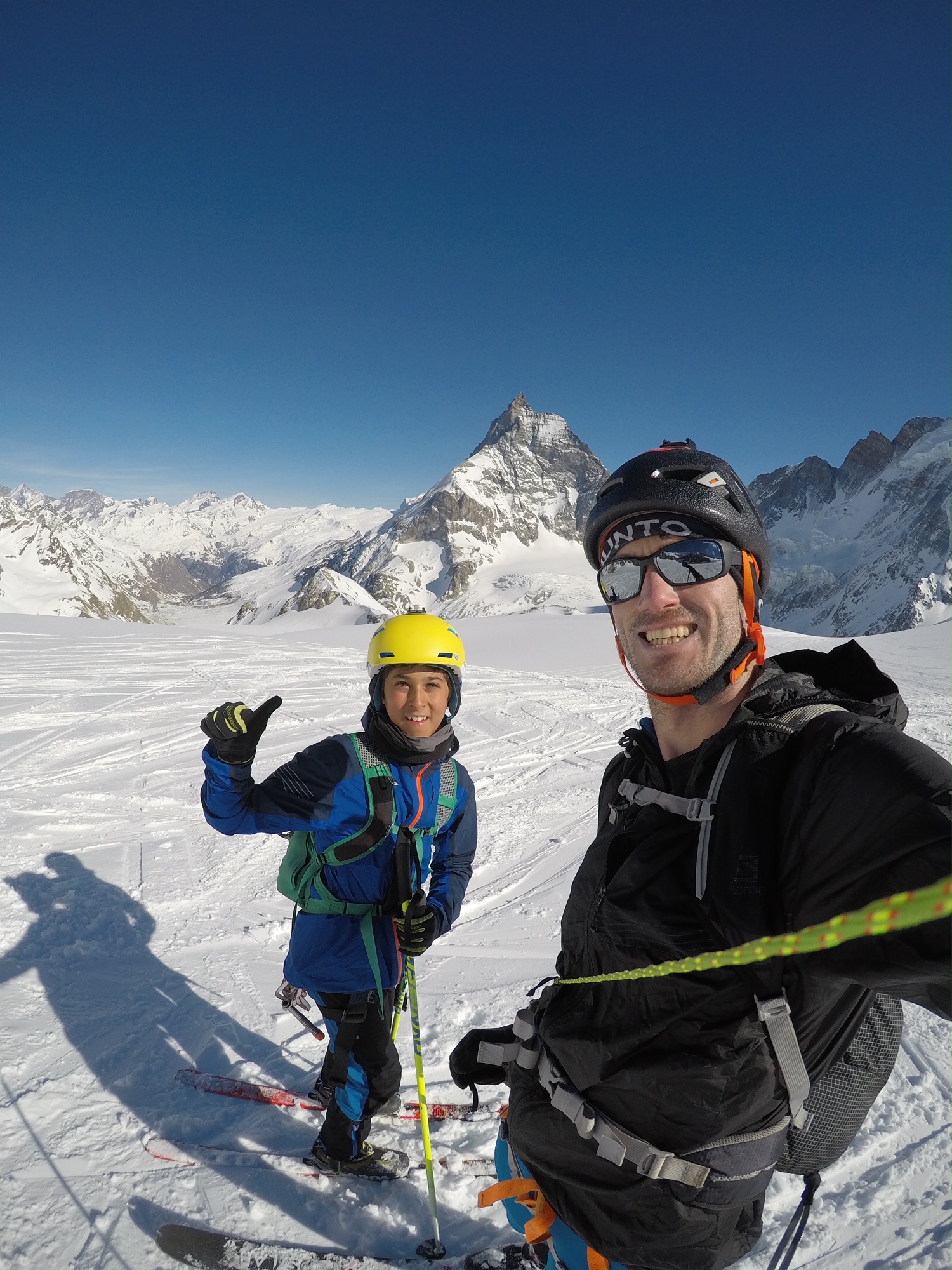 This all began last winter with my goal of climbing 100,000m on skis. With a dry start to the winter this proved hard to get off the ground. I found myself skinning up pistes then walking back down them, but this was a good sign. It meant that I was committed to hitting my 20,000m+ a month target. As the months passed I found myself hitting the targets and clocking up 24,000m+ in Feb which made up for my December shortfall. March saw a unseasonal high pressure sitting over most of the Alps and gave way to some superb ski touring conditions. I knew I had to take advantage soon as it wouldn’t last.

By this time I had already clocked up some big ascent days, 3 or 4 days over 2500m+ and felt good climbing fast at altitudes up to 4000m. I had not planned for this training to be towards anything other than a winter goal, but then I realised that having such a good endurance base I should aim to achieve something other than hitting my 100,000m target, so I set my sights on the Haute Route.

The Haute Route has been done in a single push by many people and the record is around 18 hours. The classic Haute Route is roughly 80km long and includes around 5700m of ascent. The classic itinerary takes most ‘average’ skiers 6-7 days, sticking to my new philosophy of ‘Budget alpinism’ I could not afford 6 nights in Swiss refuges at 70chfs a night, I thought I could do it in 2 days!

I had already done some big days with a young Catalan kid I’d met through Instagram and we had developed a good mountain partnership. Given that Cesc is 17 and left me for dust on most of our big climbing days I knew he was fit enough for the challenge but we just needed permission from his Dad, before he left for 2 big days in the mountains with some random 30 year old! 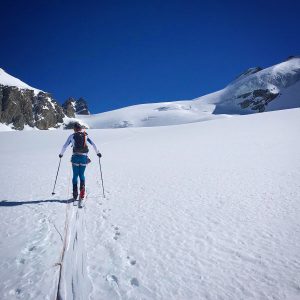 It was a YES from Dad and we set about planning and logistics.

The classic route starts from Argentiere and Finishes in Zermatt with a short car/bus ride from Champex to Bourg-st-Pierre (My Girlfriend Lauren was on stand by to be our taxi for this leg!)

Scouring weather forecasts and recent #hauteroute posts on Instagram we had our window. The morning of 21st March 2019 we arrived at Grand Montets to take the first cable car up to 2000m to start our first climb to Col Chardonnet. Arriving here in good time we caught our first glimpse of the Matterhorn, It looked so far away, but just in front of it was the Grand Combin, and below that was our objective for the day, The Valsorey refuge. We charged over the next few cols and skied great snow down to Champex where Lauren was waiting with the car and some more snacks. Arriving in Bourg-st-Pierre 30 minutes later we were back out of the car and skinning up towards the hut in the roaring midday sun.

We arrived at the refuge after 6h15m of moving time and had completed 28km with 2910m+. What most would consider a big day in the mountains, we were less than half way! 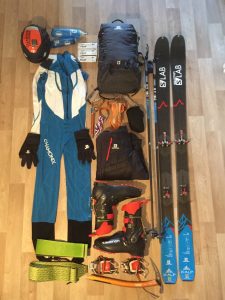 We watched the sun set over the Mont Blanc Massif and tucked into some expensive Swiss cuisine before getting some much needed sleep.

The next morning we woke to a magnificent sunrise and knew we were in for a long day. Starting with a climb straight up below the Grand Combin we were in the sun after an hour and could see the Matterhorn once again, It looked closer this time! We were making progress! After a long descent and a short search for some water, we found a small frozen lake with a hole just big enough for a water bottle to get our days supply, we were at the bottom of the Otemma Glacier.

The guardian had informed us that it was very long, but when we arrived at the foot of it we could finally grasp what she was talking about. We could see the col at the end and it felt like we could also see the curvature of the earth! 11km with 1000m rise, it took us a couple hours to get close to the end and by this time the sun was melting the snow and our spirits! Perseverance was the key and it took lots of it to keep us going. By this point we knew we had a few more short climbs and descents before we would be over the bulk of the day. We took some time to enjoy our surroundings and had a little sit down for some lunch.

When you move fast in the mountains you rarely stop to enjoy the beauty and magnitude of the surroundings, It also helps to rest your legs even if its just for ten minutes! 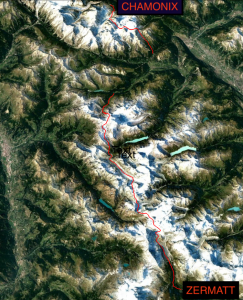 Climbing up to the Col de Valpelline, just below the Tete Blanche we found ourselves looking straight up at the Matterhorns west face.

We stood and starred in the midday heat before the realisation that we had a long decent still to come sunk in!

18km with 2200m of decent later we arrived in the centre of Zermatt with very tired legs! With 20 minutes before our train departed we didn’t have time for a beer, just a high 5 and a quick stop in the supermarket for an overpriced sandwich.

This traverse taught me a few things about ski mountaineering and my endurance levels, it also showed me that it would be possible to do it in one go! Lets see what 2020 has in store!