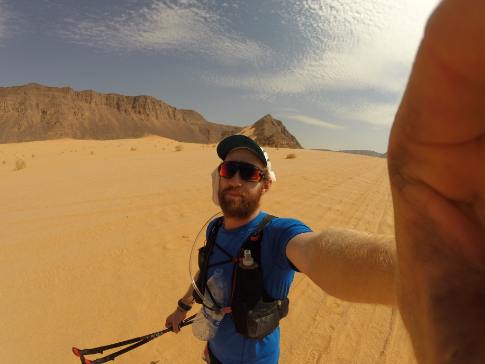 So how was it that a complete none runner ended up here, 3 days into a 5 day ultra, vomiting, drinking warm electrolyte mix, and baking in 40-degree heat.

Lets take it back a few years. I was lucky enough to meet Jon, and have a coffee with him in Salisbury, to ask if he would be in interested in running a multi day race in the Alps. Thankfully he said yes, and with the backing of Myddelton & Major we set off. Sadly after 3 days I withdrew injured but Jon went on to finish it. Frustrated with all the hours of training I had put in with Jon, I wanted to finish what I started, so signed up to the Wadi Rum in Jordan. 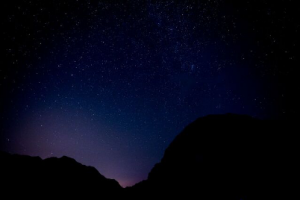 Having Jon as a coach was such a joy. He made the training so easy to follow using training peaks, and was all ways there with any questions that I had.  As soon as I set out my goal he backed me 100%. This is what sets out some one like Jon, to big online, or gym trainers. It’s a lot more personal.

The race was brutal, yet also amazingly enjoyable, set over 5 days with the longest day being around 50 miles, and the shortest around 13 miles. The scenery was spectacular, terrain relentless, co runners and support crew wonderful. Jamie and Sam, who run ultra-x, some how managed to cater for the competitive and also the runners who were there to test them selves, and have fun, by making it like one big family (sounds cheesy I know). 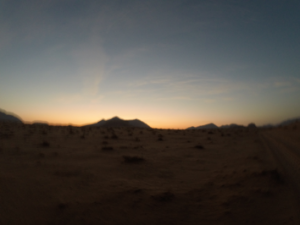 Each day of the race was different. On the first day we set of as a big group, and then depending on the time you got in, you would either start in the early group, or the late group for the rest of the week. The first 2 days were big loops from the camp that we were staying in. The scenery is amazing, endless horizons of sand, and massive rock formations. If you have ever seen the film the Martian, you will have seen the scenery we were running in, as this is where it was filmed. On the 3rd day we ran around 50 miles to a rock plateau, and slept under the stars. We then ran to the second camp that was set up for us, and did 2 smaller loops for the last 2 days. I can still taste the cold beer that was handed to me after crossing the finish line.

With out Jon’s patients, and Encyclopaedic knowledge of training, none of this would have been possible. As well as helping with my fitness it also helped me massively with my confidence. So for this, I thank you!

That Bad session that is Good by Jon Fearne

Age is but a number (interview with Legend Life After 40)

That moment of pause, when you soak up what you’

Something so pure and clean about the sudden cris

This week the family move to Scotland, it starts t

I could give a deep meaningful bit of text here ab

I think 2022 is the year of wild adventure challen

I can not wait to be living in the mountains again

For over 20 years I have worked getting people int

Take a pause and step back every once in a while,

A short session on the beautiful @specialized_uk #